My research focus is to probe fundamental physics on cosmological scales. Among the most striking phenomenas that drive the apperance of our universe on cosmological scales is the observed accelerated expansion of our Universe (dark energy) and a dominated gravitational mass component that does not interact with the regular composition of the standard model of particle physics but drives the gravitational structure formation observed at scales of galaxies and beyond (dark matter).
I am primary using gravitational lensing, a phenomena described by general relativity, causing light to follow curved paths when travelling through inhomogeneous matter distributions. In the strongest regime, gravitational lensing can lead to multiple appearances of the same source and highly distorts images - know as strong gravitational lensing.

The value of the recent expansion rate of the universe (Hubble constant) is the key measurement that anchors the physical scales and age of our universe without relying on a model early universe physics. A precise measurement of the Hubble constant allows to test cosmological models robustly. However, there is a controversy in the precise value of the Hubble constant between local measurements and the model propagated value from the cosmic microwave background. This leaves room for either new physics or unknown systematics in either of the probes. I am spearheading an effort to provide a precision measurement from strong gravitational lensing time-delay cosmography. This technique is independent of the local distance ladder and other cosmological probes such as the CMB. In my PhD, I did an independent reanalysis of one of the previous systems with an emphasis on the treatment of systematics (Birrer et al. 2016, JCAP 08, 020). Within H0LiCOW, I lead the analysis of one doubly imaged quasar (Birrer et al. 2019, MNRAS). . Previously, the H0LiCOW collaboration provided a 2.4% precision with six lenses being analysed (Wong et al. 2019). In the STRIDES collaboration, I co-lead the analysis of the most precise single lens constraint on the Hubble constant (Shajib, Birrer et al. 2019). Recently, I revised the methodology and lead an updated measurement within the TDCOSMO collaboration (Birrer et al. 2020, submitted). 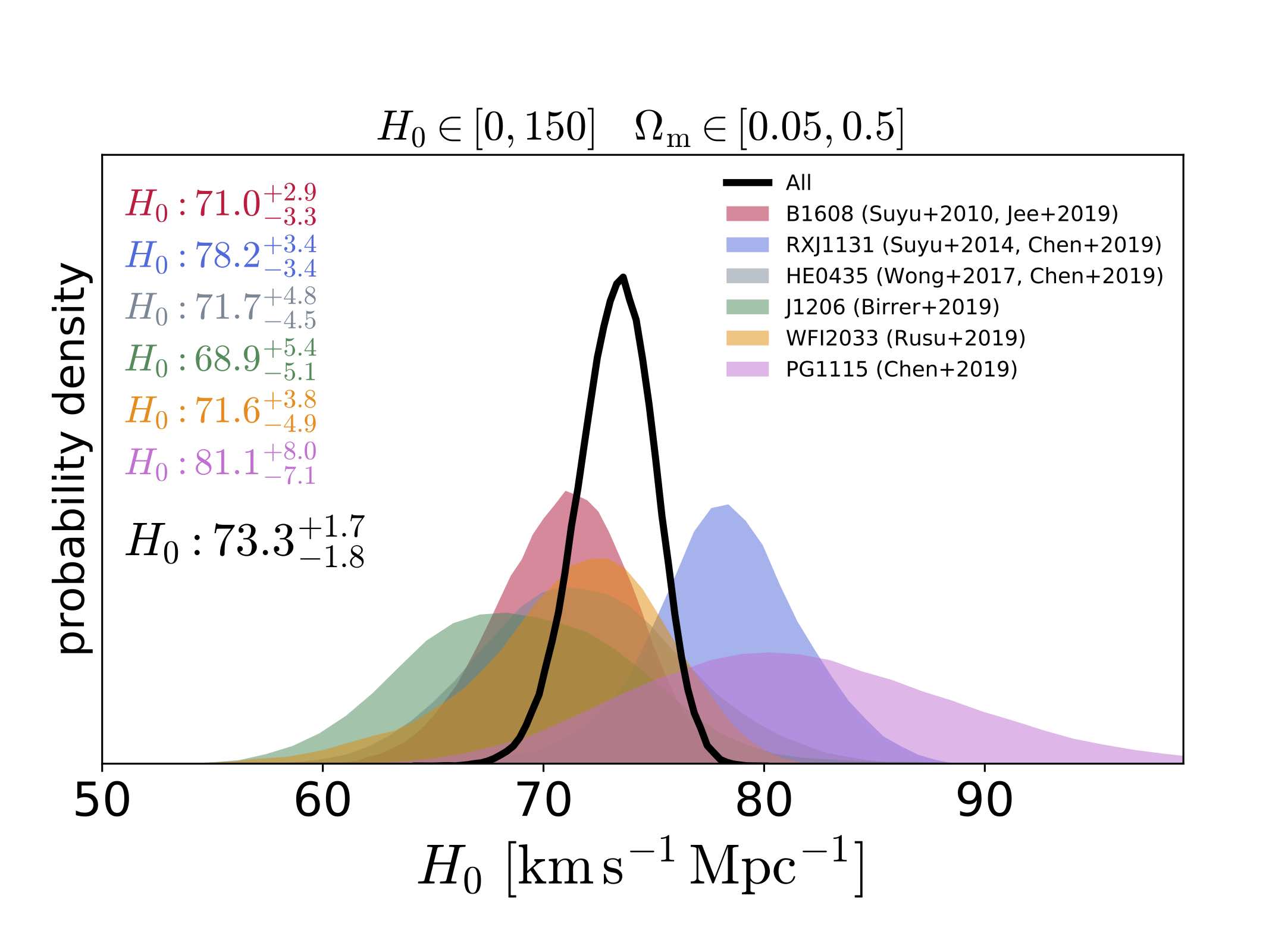 H0LiCOW XIII. A 2.4% measurement of H0 from lensed quasars: 5.3σ tension between early and late-Universe probes 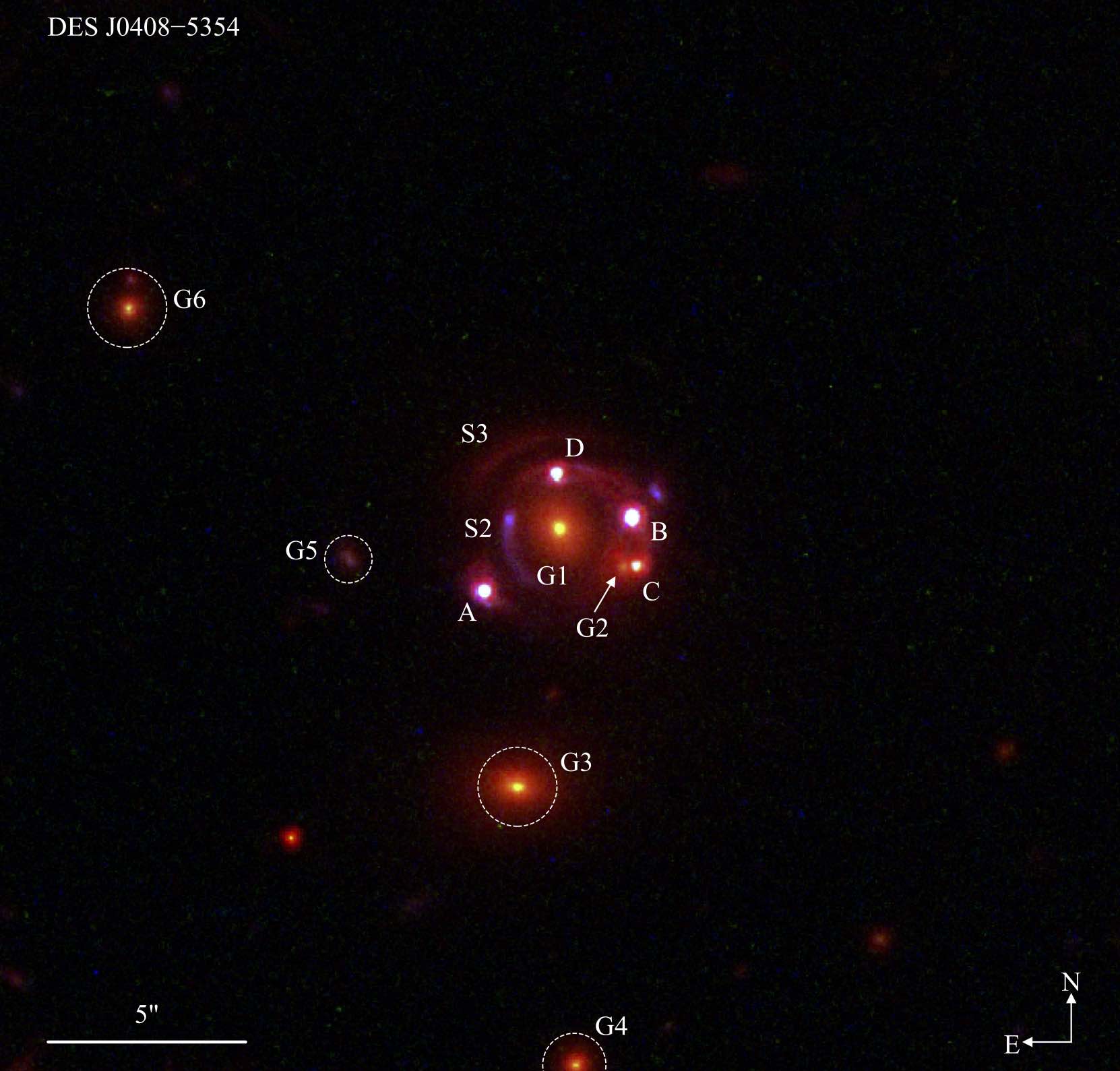 STRIDES: A 3.9 per cent measurement of the Hubble constant from the strong lens system DES J0408-5354

H0LiCOW - IX. Cosmographic analysis of the doubly imaged quasar SDSS 1206+4332 and a new measurement of the Hubble constant

The mass-sheet degeneracy and time-delay cosmography: analysis of the strong lens RXJ1131-1231 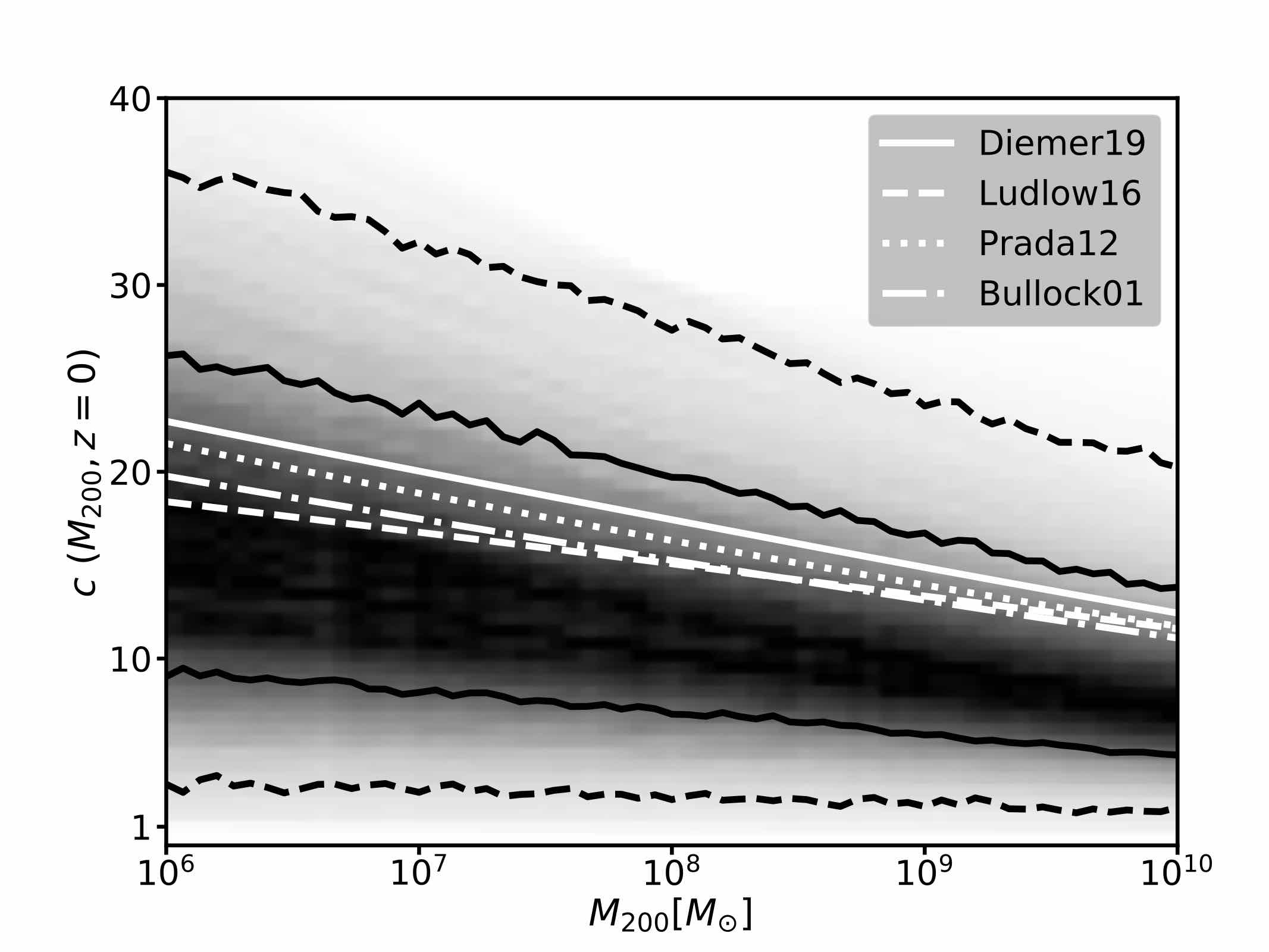 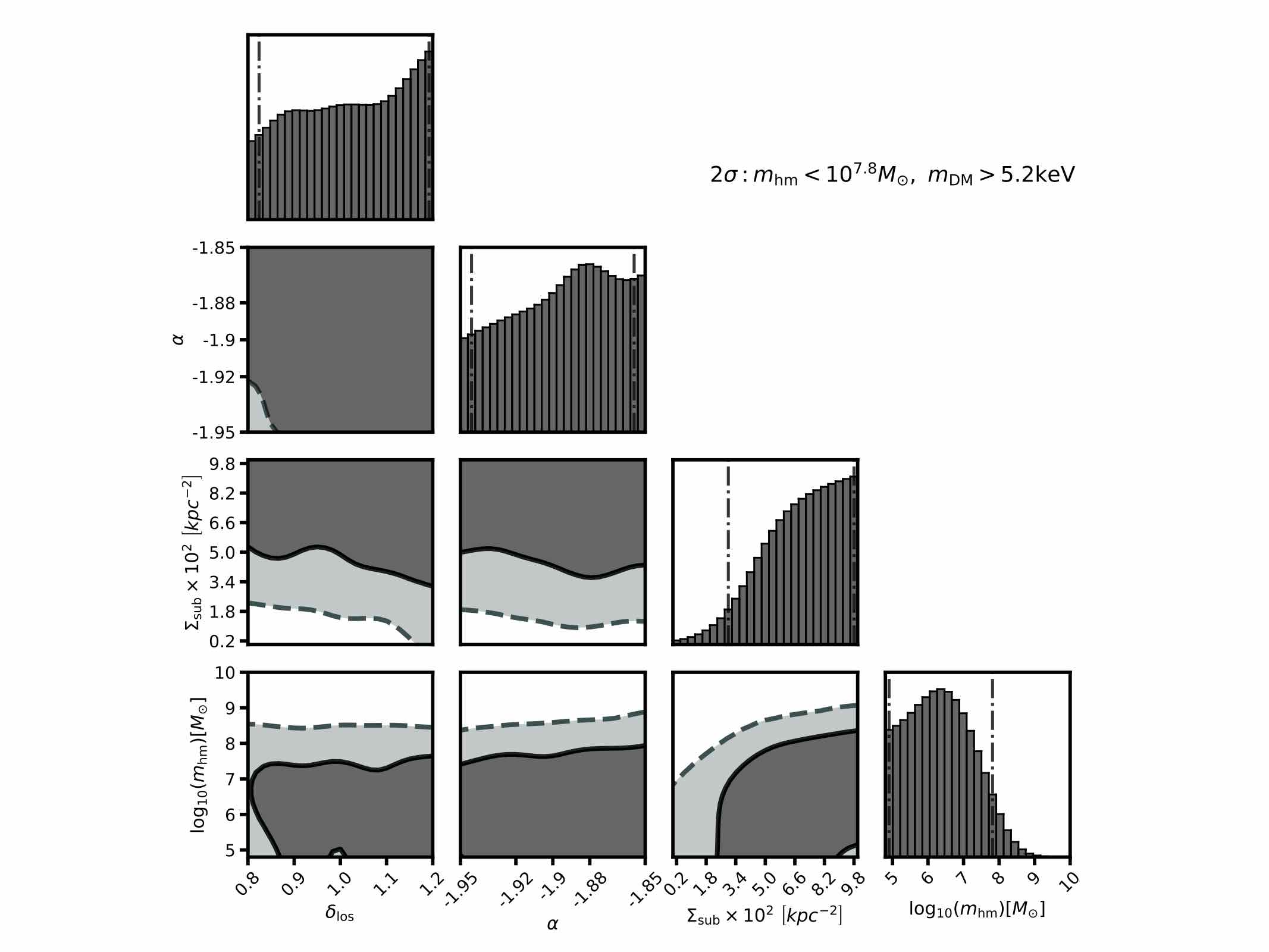 Warm dark matter chills out: constraints on the halo mass function and the free-streaming length of dark matter with 8 quadruple-image strong gravitational lenses 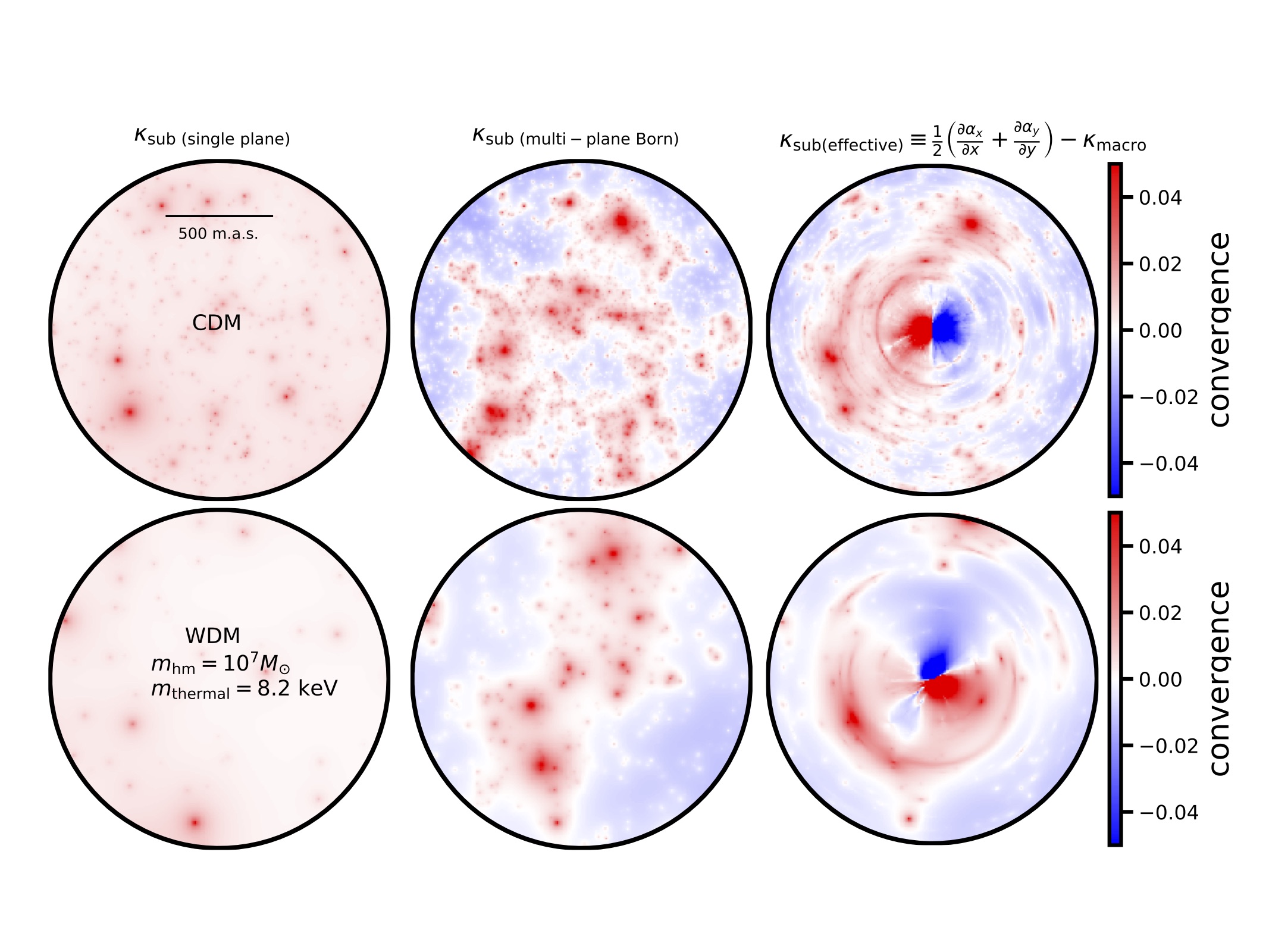 In my first science project, Birrer et al. 2014, ApJ 793, 1, 12, I merged the phenomenological galaxy evolution model by Lilly et al. 2013 with the hierarchical formation of dark matter structure. The semi-analytical model allows to self-consistently model the galaxy-dark matter halo connection through cosmic time and reproduces the major evolutionary trends in the galaxy population as well as in the halo population in the full cosmological context. I am involved in studies that probe the connection between supermassive black holes and the host halo at high redshift Ding incl. Birrer et al. 2019, Silverman incl. Birrer et al. 2019. 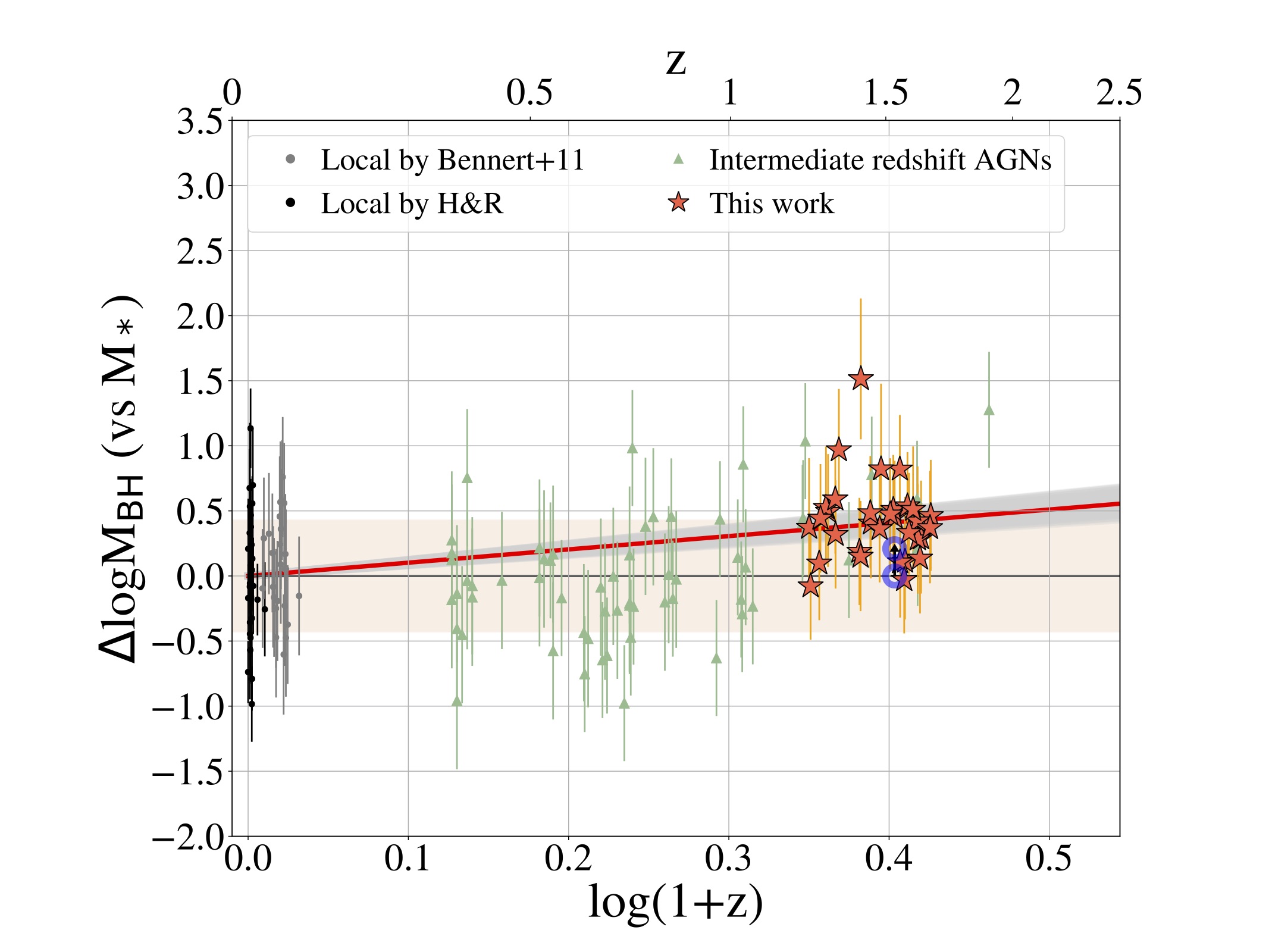 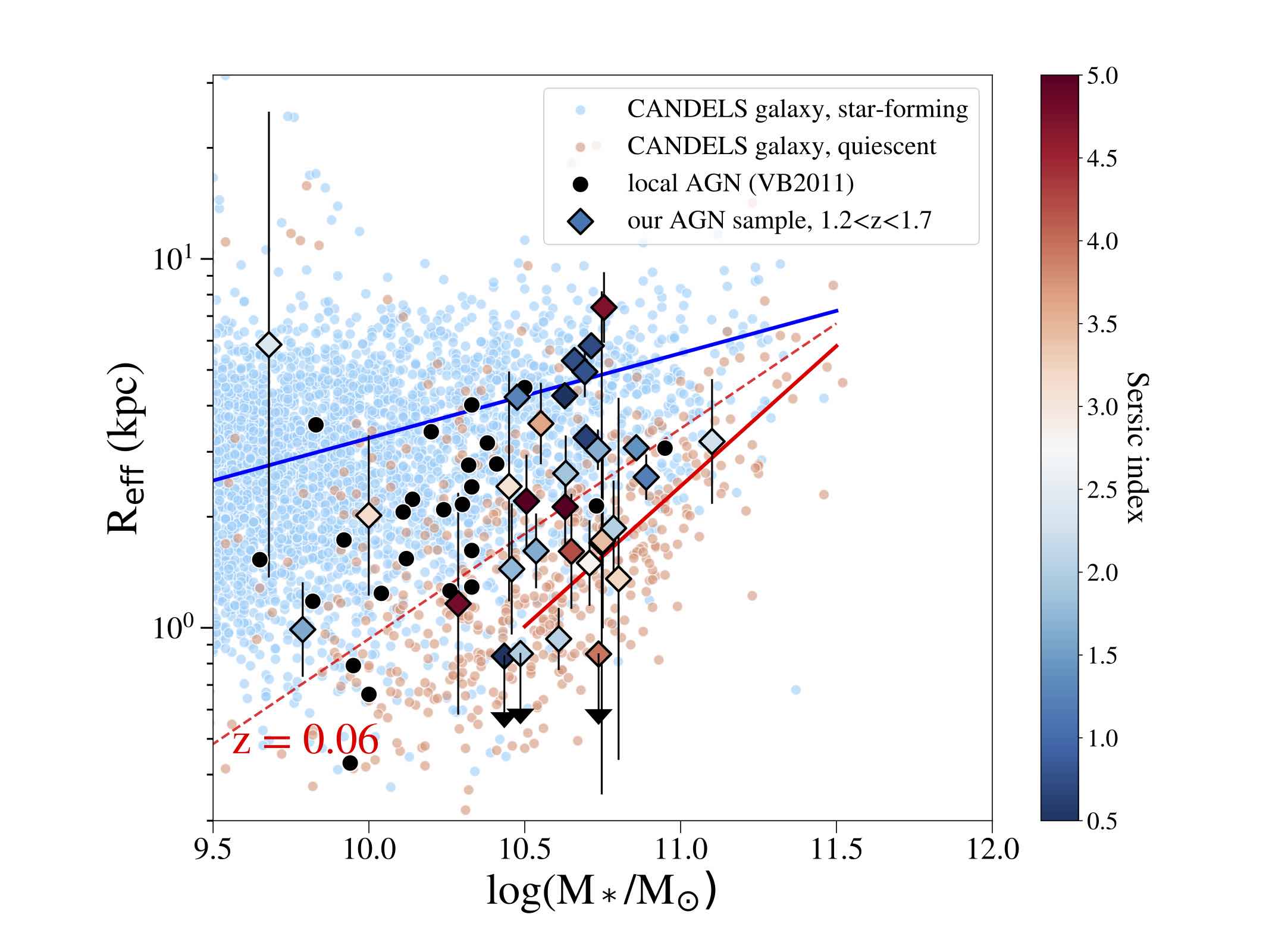 Where do quasar hosts lie with respect to the size-mass relation of galaxies?

Strong lensing in the context of large scale structure

Gravitational lensing occurs along the entire path of light, from its emission to the detector. Although the major contribution in the strong lensing regime comes from one single deflector (a galaxy, galaxy group or cluster), the effect of the line of sight can significantly impact observables and thus needs to be taken into account. In Birrer et al. 2017, JCAP 04, 049, we introduced a practical approach to account for multi-plane weak distortion effects in the modelling paired with a galaxy halo rendering framework. The information imprinted in the observables from the line of sight can, in turn, also be used as a cosmological probe. In Birrer et al. 2018, ApJL 852, 1, L14 we proposed using Einstein rings to measure cosmic shear. This approach is complementary to the standard statistical measurement of galaxy distortions.

To enable the science I am pursuing, we developed a new strong lensing modelling approach with basis sets, Birrer et al. 2015, ApJ 813, 2, 102. In a next step, we made a public release of the software package in Birrer & Amara 2018. I make a big effort in facilitating the distribution and use of the software through packaging, modular built up, documentations and example use cases. My tools are now in wide use for generating simulations for neural network lens finding and modeling, reconstruction of sources that are lensed in galaxy clusters and even for initially unexpected science cases, such as the decomposition of quasars and its host galaxy at high redshift Ding incl. Birrer et al. 2019.

Birrer and Amara 2018, Physics of the Dark Universe, submitted 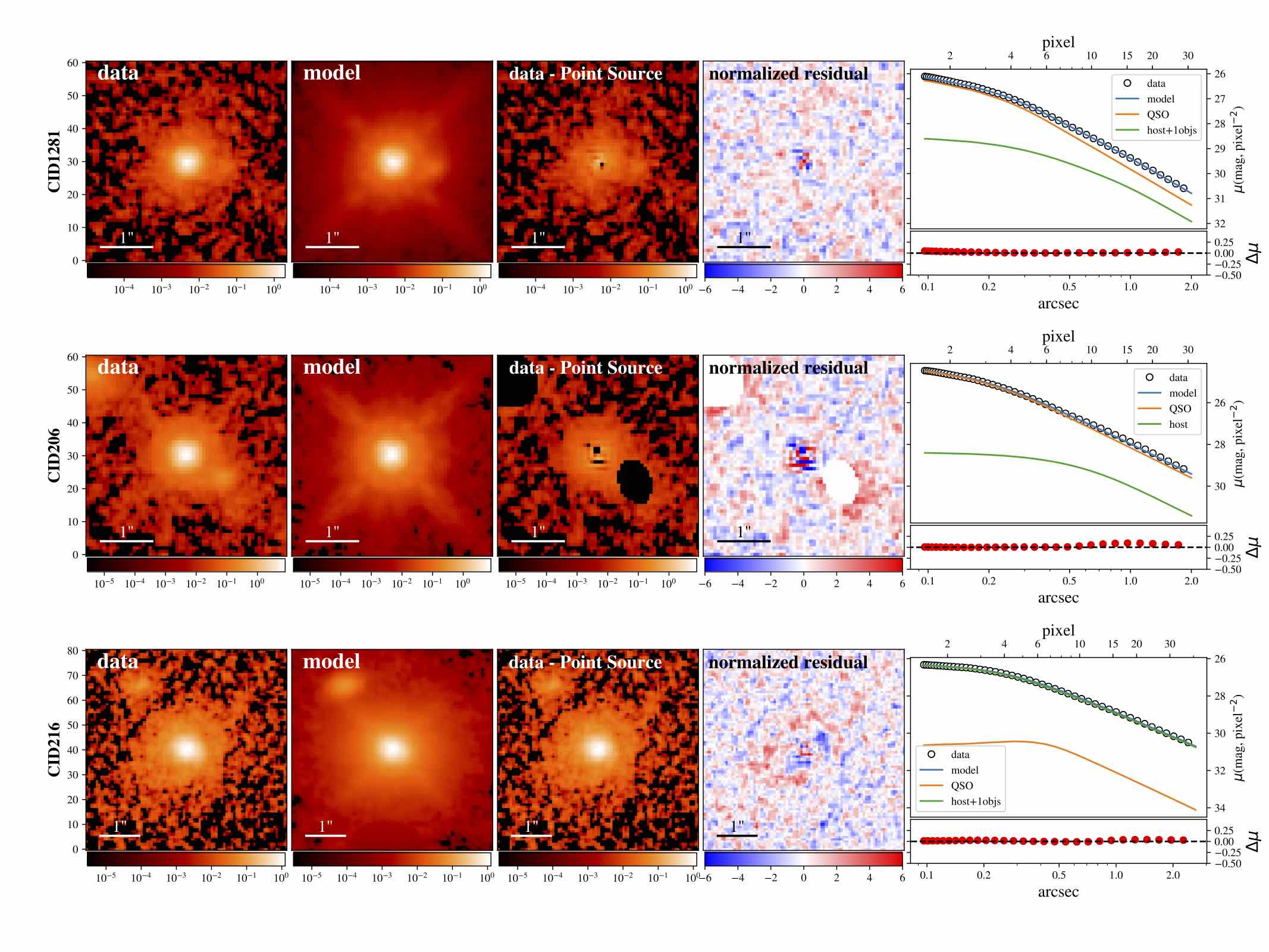